Litho uses the Yoga library, which is an implementation of Flexbox, to measure and layout on-screen components. If you have used Flexbox on the web before then this should be very familiar. If you are more familiar with how Android normally performs Layout then Flexbox will remind you of LinearLayout.

This section shows how various attributes of Flexbox are used for on-screen layout.

Flexbox is a one-dimensional layout model, which means all elements are placed along one line.

The following information may help you decide whether to layout your elements horizontally or vertically.

Litho uses special container components to define the direction of the layout, as shown in the following table.

The above container components are illustrated in the following diagram. 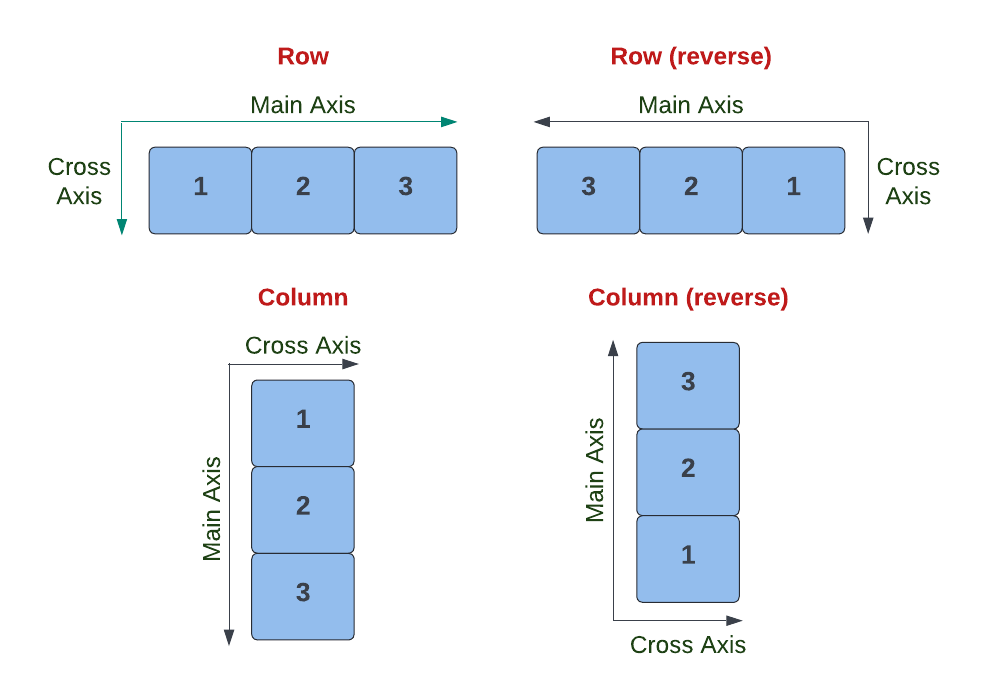 The (reverse) option is available through the .reverse(boolean) method on Row/Column objects.

Distribution along the main axis​

If your container has more space than is necessary along the Main Axis then the way children are positioned across that axis needs to be considered.

The justifyContent method specifies how the child elements are distributed across the Main Axis. It takes a YogaJustify enum input, which has the following possible values:

The YogaJustify values are illustrated below. 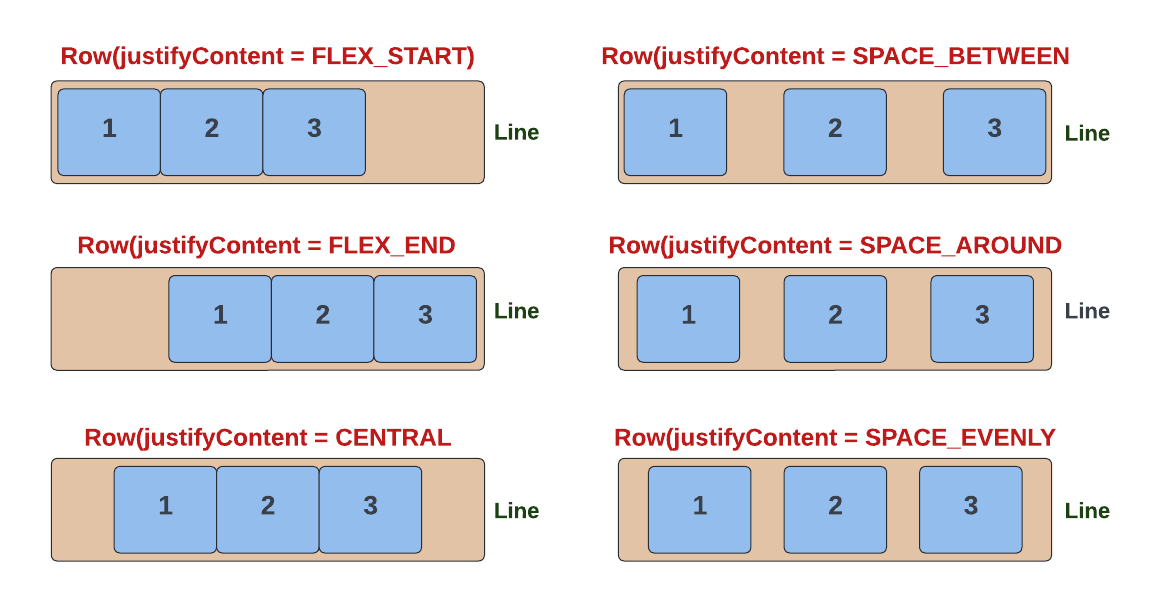 Distribution along the cross axis​

If the elements in your line have different heights, then the way they are positioned along the line needs to be considered.

The alignItems method specifies how the container's children are distributed across the Cross Axis. It takes a YogaAlign enum input, which has the following possible values:

The YogaAlign values are illustrated below. 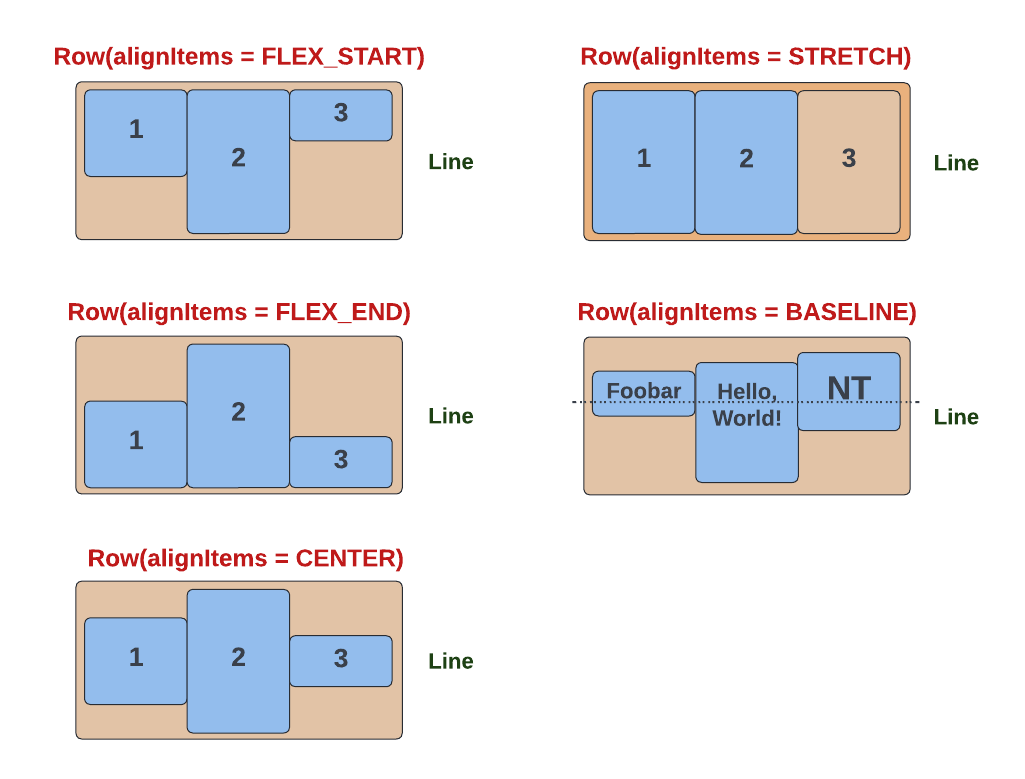 In addition to the one-dimensional Flexbox laying out its children in one line, Flexboxes can also wrap their children onto multiple lines, much like text wraps. You specify wrapping behavior with the Wrap method, which takes a YogaWrap enum value that has the following possible values:

The YogaWrap values are illustrated below. 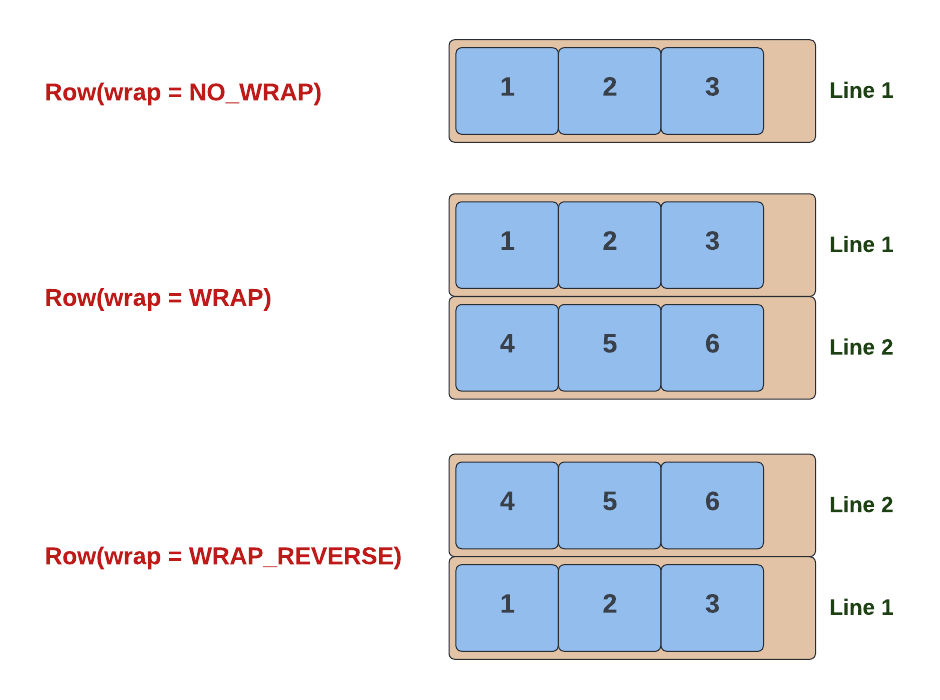 If your container has extra space in the Cross Axis direction, then the way lines are distributed in that space needs to be considered.

The alignContent method specifies how lines are distributed along the Cross Axis. It takes a YogaAlign enum value, which has the following possible values:

The YogaAlign values, for Lines, are illustrated below. 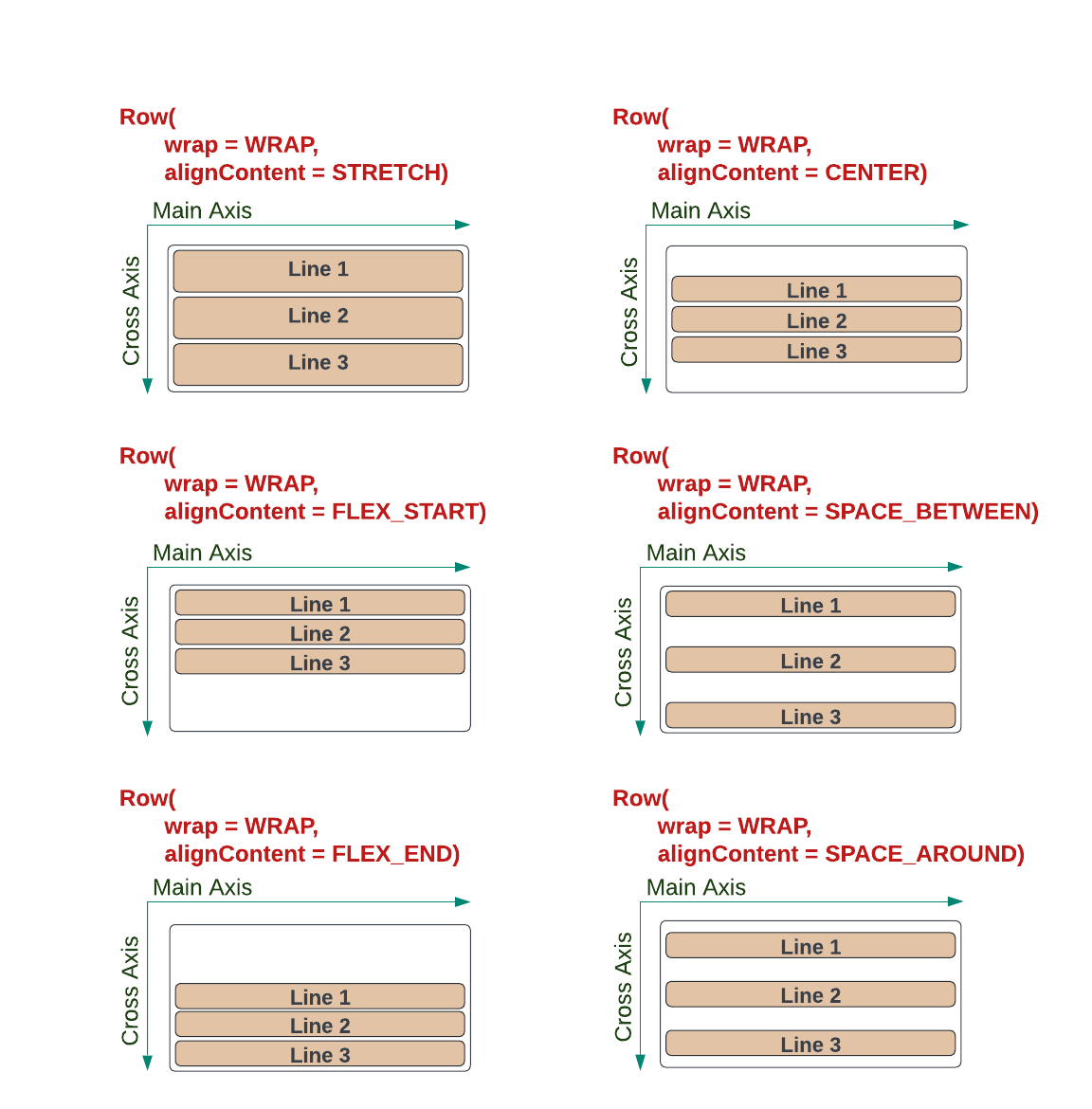 For more information on specific Flexbox properties, refer to the Yoga documentation or explore any web resource on how Flexbox functions.